‘The BBC’s list of must-read books for children places too much emphasis on “timeless classics” and risks tasking children with too much to do, BookTrust has warned.’

As a result of a BBC radio poll a list of the top 10 list ‘must-read’ books for children has been published. Picture books such as ‘The Very Hungry Caterpillar‘ and ‘The Gruffalo’ appear on the list as does the Harry Potter series and Alice’s Adventures in Wonderland. You can see the full list of ten here. The chief executive of Book Trust, Diana Gerald, says ‘Classics are important, of course, but if we’re going to create a new generation of readers, we need to be bolder and more imaginative in the books we promote…’

Each child is different and each child will have different interests and experiences to bring to their reading journey. As parents and educators we can advise and guide children towards different styles of writing, different writing genres and introduce them to a variety of authors and illustrators, old and new, living or dead, whilst allowing them to discover their own favourite books and authors. That way a child will become the captain of their own reading ship and enjoy reading much more than when we prescribe lists of books that we, as adults, think that they should read.

The list got me thinking about authors that I would consider as ‘must-read’ for a child up to the age of ten. But it’s impossible to choose ten or nine or twenty so I looked at some of the authors who are well represented on our bookshelf. I’m absolutely sure that your ‘must-read’ authors will be different to mine because we’re all different. But that’s ok as long as we’re enjoying our reading voyages (and not getting seasick!).

So I prescribe the following authors but  probably you would prescribe others. We’d love to hear who would be on your lists in the comments.

Janet and Allan Ahlberg have written and illustrated so many of our favourite picture books. Each Peach Pear Plum is a book that I often give to new babies. Its rhyming text gives a great introduction to nursery rhyme and fairytale characters and it is a story that even a young child can interact with. The Jolly Postman and The Jolly Christmas Postman are also favourites here and have been especially fun to use in the classroom as are Burglar Bill and Funnybones.

Eric Carle‘s The Very Hungry Caterpillar was included on the BBC’s list but he has written so many other great picture books which often introduce a child to basic concepts. From Head to Toe introduces children to basic body parts and is a great book to get them moving, The Very Busy Spider introduces farm animals and Little Cloud is a lovely story about how clouds make rain.

Julia Donaldson’s The Gruffalo is on the BBC list but she has written so many other wonderful stories that incorporate a wide range of themes through her mostly rhyming texts. We love so many of her books but my favourite is still Stick Man, my daughter loves Room on the Broom. Other favourites include Charlie Cook’s Favourite Book, Zog and the very ingenious What the Ladybird Heard illustrated by Lydia Monks. 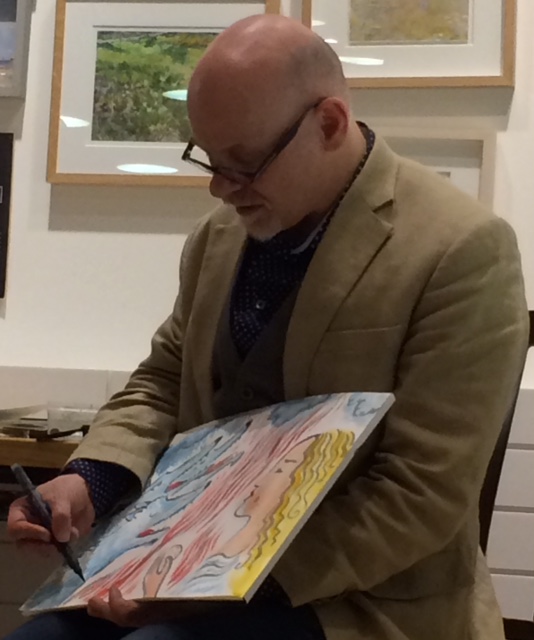 James Mayhew is a passionate advocator of the arts and music and his stories introduce children to art and artists as well as bringing ballet classics to life with his Ella Bella ballerina character. My daughter now recognises several paintings as a result of reading the Katie books. The first story, Katie’s Picture Show, is still one of our favourites and Katie goes to London introduced my daughter to many of London’s famous landmarks. Earlier this year we went to one of James’ storytelling sessions at the National Gallery, my daughter is very proud of her signed copy of Katie and the Starry Night.

Michael Bond: The stories about Paddington Bear are hilarious and the humour appeals to children and adults. Despite the fact that the first book was published in 1958 many of the situations and scenarios are still familiar to children of today. As well as chapter books many of the Paddington stories are now available as picture books.

Roald Dahl‘s made up words, rhymes and creative language add fun and originality to his stories and give a fantastic insight into his imagination. The BFG is included on the BBC list and more children will become familiar with the character through the film. However, some children may prefer to read Charlie and the Chocolate Factory with its Oompa Loompas and its delicious sounding sweets. We’re huge fans of bookworm, Matilda and we find George’s Marvellous Medicine and The Giraffe, The Pelly and Me very funny. 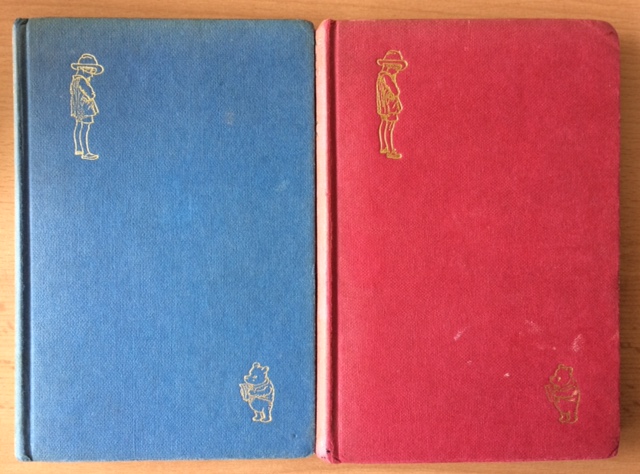 A.A.Milne‘s Winnie the Pooh is such a well known character but many children only know him through the Disney films (he doesn’t wear a red jumper!!). The stories are timeless but entertaining and can be introduced gradually. As a child I was introduced to poetry through A.A. Milne’s poems in A House at Pooh Corner and When We Were Very Young. I still have the copies of the A.A. Milne books that I was given when I was six months old (they have that old book smell!).

Enid Blyton: Despite many of the old fashioned aspects of the Enid Blyton books they have encouraged (and still do!) many children to become avid readers. I have read The Magic Faraway Tree stories and The Wishing Chair more than once to my daughter. Hopefully she’ll also love The Mallory Towers and St Clare’s stories that I enjoyed as a child.The Famous Five books were on the BBC list and I still have a set which I read when I was younger. It will be interesting to see how they will have stood the test of time!

Astrid Lindgren‘s Pippi Longstocking is her most well known character but she has also written stories about The Children of Noisy Village and we love Emil’s adventures. Many of Astrid Lindgren’s books have now been translated which gives English speakers the opportunity to enjoy many more of her stories. They really are very amusing and my daughter is a huge Astrid Lindgren fan.

I’m sure that our list will evolve as I rediscover old favourites and we are introduced to new ones! It could have been much longer but that’s another blogpost…

Which ‘must-read’ authors would you have on your list?