George and the New Craze by Alice Hemming & Kimberley Scott

Age Range: 3 to 7George and his friends from the Heavenly Hippos Wildlife Park are back with a new craze! They’re collecting people cards!The Story: The penguins have a full collection of people cards but George only has three and his friend Seymour just has one very rare one. There’s not a lot that you can do with three people cards so George looks for some more. When he meets a friend who is also looking for people cards he comes up with a great idea and by the end of the story the animals have a whole collection. But what will the penguins think?Our first meeting with George was in A Gold Star for George in which his friends rewarded him for his kindness. In this story George advocates working together as a team so that he and his friends can enjoy the new craze together. Most children have participated in some kind of card collecting craze and my daughter thought it was hilarious that the animals were collecting people cards. We found the people cards very entertaining – both author Alice and illustrator Kimberley are included in the set along with Wesley the fire fighter, Mirembe the toddler, Babette the security guard and Starr the astrophysicist to name but a few.George’s story has an easy to read text which is supported by Kimberley Scott’s amusing illustrations. We love the expressions on the animals’ faces and we also look for the little pink bird who is on several of the pages but not mentioned in the text, his body language is brilliant, especially the way he positions his wings in a thinking pose! I have a very soft spot for Seymour who hugs his very rare card to his chest throughout the story and the penguins’ ‘attitude’ on the first page makes us laugh!George and the New Craze inspired my daughter to make her own people cards. This would be a fantastic activity for a literacy classroom. Children could create people cards for family members which could lead to discussions about different kinds of families or they could create people cards for their class. Each child could pick a classmate’s name out of a hat and draw a card for that child. It would make a wonderful display for a classroom door. 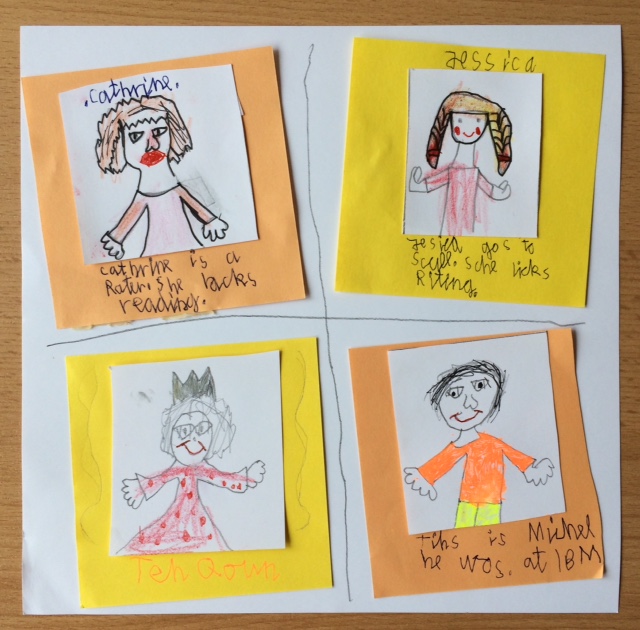 Just in case you can’t read our cards! We even got a rare people card – The Queen!George and the New Craze is a very amusing story that teaches the value and enjoyment of sharing in a fun but subtle way. We love the way that the animals in the Heavenly Hippos Wildlife Park always respect and take care of each other.Author: Alice Hemming / Illustrator: Kimberley ScottThank you to Maverick Books for sending us a copy of George and the New Craze. It’s a really fun story and it’s great to see the return of some familiar characters. 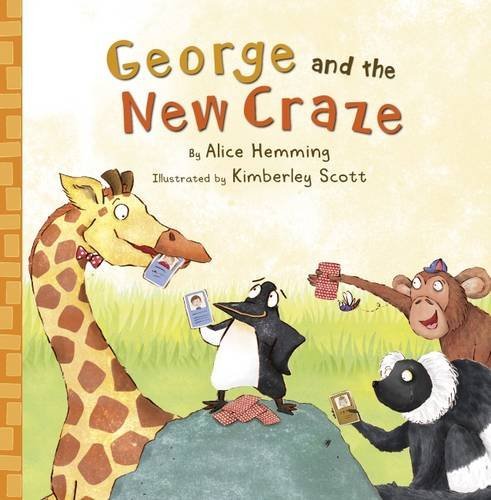